One family’s devastating tragedy: The death of Maria Teresa Lomeli was the tipping point that resulted in this effort to build a Volunteer Fire Dept for La Ribera BCS.

This campaign and all of the progress that we have seen was born from a terrible tragedy, a loss of life that was totally preventable with the right support.

In addition to the loss of Maria, the Lomeli family lost their home and all of their possessions. Please check out How You Can Help.

Emergency services like Fire Rescue is something that most of us in the States take for granted. For La Ribera and surrounding communities; there simply is no effective help available in the event of a fire emergency. Help us build the Volunteer Fire Dept of La Ribera BCS, Mexico to prevent further tragedies like this. 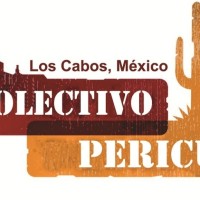 Donate and help us provide essential life saving emergency response to this community.